A world where everyone has a decent place to live.

about programs
get involved

Grundy-Three Rivers Habitat for Humanity was founded on July 26, 1996 by Randy Hancock. He was part of a group that returned from a mission trip to rebuild homes with Habitat for Humanity International after Hurricane Andrew. Recognizing the local need, Randy and the volunteers began gathering friend, donors and contractors to take up Habitat’s work in Grundy County.

Randy was a local businessman who owned Hancock’s Jewelry. He adhered strongly to Habit’s principles and often spoke of how important it is to “put our faith into action and to clothe love in working clothes”. Randy passed away unexpectedly in June 2004, but his vision lives on through the many volunteers who support our local HFH chapter.

In 2011, the chapter entered in to agreement with the City of Morris to purchase five lots in the 900 block of East North Street, located on the site of the former Federal Paper Board. Habitat is purchasing the lots one at a time for $24,500 each and has completed homes on four of the five available lots. This is the affiliate’s first subdivision, the Hancock-Page Subdivision, and it is named for Randy and another early champion of our work, Janet Page.

In response to a gap in services to assist struggling home owners with repair, the affiliate launched “A Brush With Kindness” in 2016. ABWK is an exterior home repair program which helps low income homeowners complete repairs to maintain their home. In its first year, the chapter served four families through the program, providing yard clean up, tree removal, door and deck replacement and building wheelchair ramps.

The following year, the affiliate expanded on this program to launch “Aging in Place”, specifically targeting fixed income seniors who need adaptations to stay in the homes they own. Simultaneously, the affiliate broke ground on its first home in the Village of Coal City.

In 2018 the 13th Habitat home was completed and the Board of Directors has set goals of helping 10 separate homeowners in our community through our renovation programs.

about grundy-three rivers habitat for humanity

Grundy-Three Rivers Habitat for Humanity is part of a global, nonprofit housing organization operated on Christian principles that seeks to put God’s love into action by building homes, communities and hope. Grundy-Three Rivers Habitat for Humanity is dedicated to eliminating substandard housing locally and worldwide through constructing, rehabilitating and preserving homes; by advocating for fair and just housing policies; and by providing training and access to resources to help families improve their shelter conditions.  Habitat for Humanity was founded on the conviction that every man, woman and child should have a simple, durable place to live in dignity and safety, and that decent shelter in decent communities should be a matter of conscience and action for all.

Grundy-Three Rivers Habitat for Humanity has an open-door policy: All who believe that everyone needs a decent, affordable place to live are welcome to help with the work, regardless of race, religion, age, gender, political views or any of the other distinctions that too often divide people. In short, Habitat welcomes volunteers and supporters from all backgrounds and also serves people in need of decent housing regardless of race or religion. As a matter of policy, Habitat for Humanity International and its affiliated organizations do not proselytize. This means that Habitat will not offer assistance on the expressed or implied condition that people must either adhere to or convert to a particular faith, or listen and respond to messaging designed to induce conversion to a particular faith.

about habitat for humanity international

Founded in Americus, Georgia, USA, in 1976, Habitat for Humanity today operates around the globe and has helped build, renovate and repair more than 600,000 decent, affordable houses sheltering more than 3 million people worldwide.

1st Annual Radio-A-Thon – presented with WCSJ FM 103.1 – an all-day event sharing in the mission of Habitat 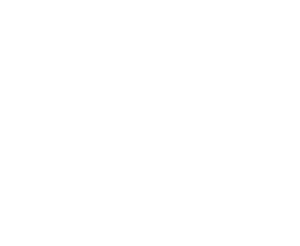 a better tomorrow starts with you

start your donation
Scroll to Top